The mystery of Giza Pyramid is here to be solved. With the brilliant production of ELK Studios, you can explore the story behind the Ancient Egyptian beauty.

Get in, spin the reels, and win big with today's special promotions!
Play 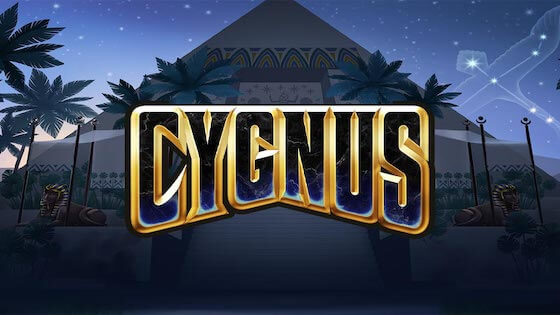 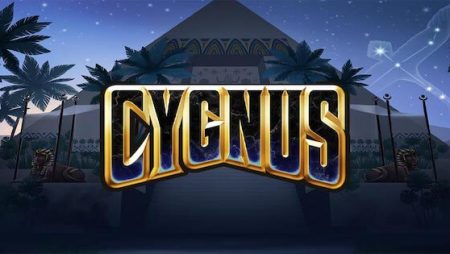 Gather around beside the Giza Pyramid and gaze upon the night sky to find the namesake of the Cygnus Slot directly watching over you. While affording a trip to Egypt to do this might be out of the question, enjoying the Cygnus Slot game from anywhere on any device is not.

Named after a constellation which is part of the astronomical formation known to us as the Northern Cross. Some even say that the Cygnus constellation holds mystical powers. Part of that claims the rest on the fact that it is particularly located in perfect alignment over one of the great pyramids of Giza.

Its location is ostensibly true, along with the fact that it was first discovered and named by the Ptolemy, an astronomer from Ancient Egypt. While it’s supernatural power will remain unconfirmed so far (that we know of), ELK Studios took it as inspiration for their game.

The mythical charm of Ancient Egypt seamlessly blends with the cosmic thanks to the Cygnus constellation. The Cygnus slot game features the Avalanche game mechanic which has become a common sight on various games from ELK Studios.

Thanks to the Avalanche mechanic, when a successful combination hits, the winning tiles will evaporate. Thus, tiles that were on top of them will drop down a row. Not only vertically, but also diagonally towards the left or right, depending on the direction they have space for it.

It’s a dynamic mechanism that, while it might sound complicated, is very easy to grasp once playing. And thanks to the dynamics it affords, Cygnus has, initially, 4,096 paylines.

Nevertheless, with some clever twists that Avalanche facilitates, the game can expand its number of rows and, therefore, ways to win up to 262,144. Lastly, it boasts of a little-above-average RTP rate of 96.10% which keeps in line with ELK Studios’ rates.

You can only appreciate the purported cosmic connection of Cygnus over the pyramids at Greater Cairo, Egypt. But these casino sites allow you to experience the magic of the Cygnus slot game from wherever you are.

What image goes to your head when thinking of ancient Egypt? Pharaohs, pyramids, and hieroglyphics, of course. That’s why ELK studios’ artistic choices come as no surprise. But the Cygnus slot does it differently than the rest of Egyptian themed slots out there.

Here, a vibe of mystical esotericism permeates the game and brings a complete cosmic atmosphere with it. The gameboard has a palm tree-adorned entrance of a pyramid as a background. The setting is at night, with the Cygnus constellation watching over you, and the sound is fittingly middle eastern.

They are hieroglyphic-like, but their design looks rather cheap and stands out wrong among the otherwise great sights. However, a stylish number 7 makes for the most valuable tile due to mystical reasons I would guess.

The scatter symbol is a stylized ‘X’, a fancy ‘W’ makes up for the game’s wild and a stylized ‘V’ with a pointy head on top is the bonus icon. All three of them look very good in comparison with the hieroglyphics figures.

The game starts out as six reels with four rows contained within two intriguing looking pillars with their own features. This, however, can change thanks to the avalanche mechanic’s gravity effect letting more icons drop down from above.

The number of rows can ultimately double from 4 to 8 as the game progresses, which means 64x more ways to win. Each winning combination turns the winning icons into the sand, allowing the remaining icons to drop down and to the sides.

Both the right and left pillar also play in part in the game. The right pillar has inscriptions of a familiar sequence of numbers and an ‘X’ on top; these are multiplier numbers. Any multiplier icon that manages to reach the bottom row of the board increases the multiplier applied to the next spins. On the other hand, the left pillar triggers the Cygnus slot free spin bonus.

Here’s where things get wild. The Cygnus slot free spin bonus triggers when a bonus tile touches the left pillar by dropping leftwards. Once the animation passes, the player receives 7 free spins with all full eight rows, which means up to 262,144 ways to win.

Moreover, the multipliers achieved here will stick until the end, which can re-triggered as well if a bonus icon reaches the pillar during it. It is here that those 5000x wins happen.

Some graphic design choices aside (looking at you, cheap hieroglyphics) the looks and sound are fantastic. But the game is a whole other level of cool.

The gravity-powered avalanche mechanism instils an instant thrill on the player by watching the way the icons drop. Combine that with intriguing bonuses, multipliers, and high RTP in a mystic setting, and you’ve got another win by ELK Studios.