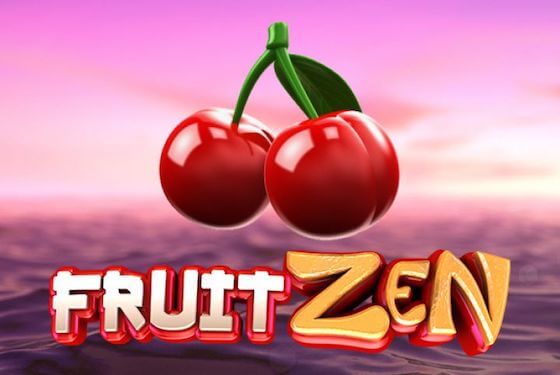 BetSoft has set out to do something that few people asked for: making a video slot that functions almost exactly like a slot machine of old. The result is the Fruit Zen Slot, a bare-bones video slot that is bereft of any special features besides an expanding wild to encourage winnings. See how good this experiment went into this review.

The layout of the game is, as stated, that of classic 5 reels slot machine. Thus, the gameboard has 5 reels divided in 3 rows and that, unlike physical slot machines, counts with 10 different paylines. Furthermore, the Fruit Zen Slot’s RTP rate is a slightly below average of 95.96%. Meanwhile, the betting range goes from €0.10 on the low and €50 as the top.

You could walk into the nearest casino and wind out a machine slot that looks exactly like this one bar the music, expanding wilds, and respins. Alternatively, though, why not play the Fruit Zen slot from anywhere you are by entering these well-known casino sites from any device.

Taking to heart both of the themes described on its title, Fruit Zen does indeed take its ambience seriously. The gameboard appears in front of a calm view to the ocean amid sundown while an unperturbed, soothing Zen-like music plays.

The icons of the game, predictably, follow the ‘Fruit’ part of the title. Cherry, pomegranate, plum, grapes, lemon, and an Orange are the icons that spin on the reels during the playthrough. This does bode out nicely with the aim of recreating a classic fruit-theme slot machine of old that is still commonly found in land-based casinos.

Finally, the game does have a wild symbol in the form of the Fruit Zen slot game’s logo, which also is the only special feature of it. Fruit Zen does not have a Free Spins round on any form and, therefore, does not have a scatter symbol which is usually used to trigger it.

The Fruit Zen slot features expanding wilds. The wilds symbol of the game, which is the logo of the slot itself, will only appear on the 2nd, 3rd, and 4th reels. Once it shows up, it’ll expand to cover the totality of the reel it is on and awards one single respin free of charge in which it becomes sticky and stays in place. If you are lucky enough to land another wild during the respin it will trigger again with up to three times if you happen to fill the whole three reels.

Unfortunately, the Fruit Zen slot does not feature free spin round at all in any form on its gameplay. Quite rare for a video slot but you got to take into account it’s meant to be a faithful recreation of a classic slot machine that didn’t either.

Well, this is one that will not appeal at all to most video slot enthusiasts. Despise the somewhat good, if simple, graphic art style and the soothing, much relaxing soundtrack, the game lacks features. Thus, it simply doesn’t give a reason to play it when other offerings, such as NetEnt’s Starburst, have the same setup + many special features.

The Fruit Zen Slot from BetSoft is simply an exercise in nostalgia that appeals to a small-sized audience that craves a retro slot. Nothing more, nothing less, just play it for fun, there are so many other video slots that do take advantage of the video format properly.