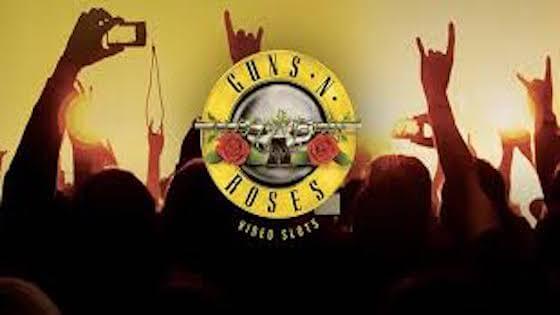 Welcome to the jungle, we’ve got a fun game for you. Or more than a game, the Guns N’ Roses Video Slot is a love letter to the eponymous band that represents the peak of 80’s hard rock. NetEnt managed to inject an epic vibe to all aspects of the game. All of them reflect the sheer scale the band had in its heyday.

NetEnt created this slot with a standard 5 reels, 3 rows, and 20 paylines setup. The game also boasts of large betting range going from €0.20 to €100. Moreover, the Guns N’ Roses Video Slot’s RTP rest comfortably at 96.98% and has just so many features to boost your winnings.

Catching a Guns N’ Roses concert may not be possible, but to play the Guns N’ Roses Video Slot simply can bring you to one of those historical moments. By getting into one of the trustworthy casinos below, you can experience it!

The gameboard sits in front of a gigantic stage framed by towering loudspeakers and columns of stage lights with a sea of spectators. The Icons of the game are the three iconic band members: Singer Axl rose, Guitarists Slash, and bassist Duff McKagan.

Also, a pair of guitar pick stamped with the iconic covers of two of their albums complete the set of high paying icons. The game’s wild is the logo of the band, a medallion with a pair of guns placed back to back with one another and roses by their sides.

And, finally, the bonus scatter is a vinyl disc with the band’s logo stamped on the centre of it. Delightfully, the game plays the band’s greatest hits as you play. You can even choose which song by pressing the ‘Setlist’ button at the lower-left corner of the screen.

The Guns N’ Roses Video Slot is as packed with features as the rock concerts of the actual band were with fans in the late 80s and early 90s. The first song of this long setlist of features is the Expanding Wilds, the Guns N’ Roses logo stretches to cover the whole reel it is in. Thus, enhancing largely your winnings every time.

Next up there are not one, not two, but three different Random Features that can happen any time during your regular playing. They are:

As we all know, free spins are the most popular bonuses that we can find in a slot. Rather than a single free spin bonus proper, Guns N’ Roses Video Slot has a wheel of fortune feature that awards three possible bonuses:

That would be a big mistake to evaluate Guns N’ Roses slot machine as a cheap production. It is an awesome tribute that fits completely the style of the band on top of being a great game. The slot has all the hard rock-powered attitude within itself. Moreover, it’s the sheer fun you’d expect from the band that gave its name to it.