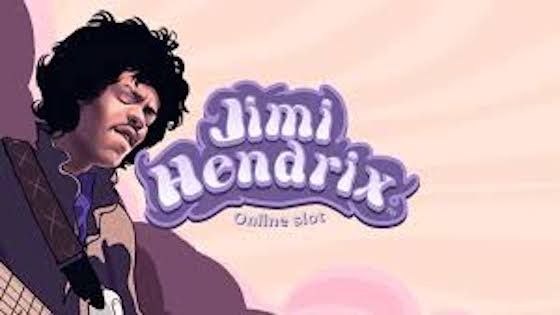 The greatest guitarist of all time is one click away from you! Read more and discover his genius. Play Jimi Hendrix slot and stand on stage with him while rocking the reels! Play Now
Game Provider:
Netent
RTP:
96.90%
Free Spins:
12
Volatility:
Low
Rating:

Get ready to get all psychedelic with the Jimi Hendrix Slot, NetEnt’s branded slot tribute to the greatest guitar player that ever lived. The game features all things associated with Jimi Hendrix in its theme and music, do not miss this incredible trip.

On its technical side, the Jimi Hendrix slot’s RTP rate is 96.90% across its 5×3 gameboard enabled with 20 paylines. The betting range is rather large, going from €0.20 on the low to €200 tops and has so many features to play with.

While you can no longer catch a concert by the genius himself, the Jimi Hendrix slot remains available to play in the in those reliable casino sites. In contrast with the original live concerts, you can stay at the first line during this game. Moreover, you can even rock the stage and stand by Jimi Hendrix himself!

This is all Jimi Hendrix, alright with the gameboard resting in front of a psychedelic landscape. It also carries equally psychedelic, flat-coloured icons related to Hendrix and the ‘60s. Eye, Flower, Vinyl record, heart, peace sign medallion, Jimi’s two favourite’s guitars, and Jimi Hendrix are the high-paying icons.

Jimi, particularly, also doubles as the game’s wild. Also, he takes your breath away with amazing free spin rounds like his guitar solos.

My, oh my, what do we get here? Seems like some at NetEnt took their sweet time in developing a flurry of features for the Jimi Hendrix slot. Read on so you don’t get lost in the purple haze of the many features here.

For starters, lading four or more red guitar symbols on a single spin gets you’re the Red Guitar Respin. Here, the red guitar responsible for triggering it remains locked in place while a respin occurs. If another red guitar lands, that on stays in place and you get one more respin. The feature continues until either you get no new red guitars or the entire screen fills with them, if the latter, you claim 400x your stake as a reward.

On second place, land a Jimi Purple Haze wild on the 1st reel and you get eponymous Purple Haze feature. When that happens, every single card icon on the reels turns into a wild, making possible massive combinations.

You must have three or more Hendrix scatters lodge on the 3rd, 4th, and 5th reel to start the Pick and Play feature. In here, you get to pick from a set of loudspeakers that revel an icon when clicking them. Collect three of the same icon and the corresponding prize is yours. There are four of them:

Coin Win – Represented by the coin symbol, you get a random multiplier ranging from x8 to x30 applied to your bet-

Crosstown Traffic Free Spins – You get 6 free spins along with a wild reel that starts in the 5th reel and moves across the others as the spins progress. The Crosstown Traffic symbol awards it.

Purple Haze Free Spins – Represented by the purple haze symbol. Here you get anywhere between 6 and 12 free spins. And, just like in the Purple Haze features, card icons become wilds in every spin.

Little Wing Free Spins – This comes from the Little Wing symbol and gives between 6 and 12 free spins. A number anywhere between 3 to 5 overlay wilds appear across the reels during every spin, the most profits happen here.

If you ever wondered what Jimi Hendrix trippy dreams might look like, NetEnt probably managed to do the best rendition yet. All while also packing it with various features that blend seamlessly with one another an make for a great game full of style. Come play and hear Jimi play in the Jimi Hendrix slot.