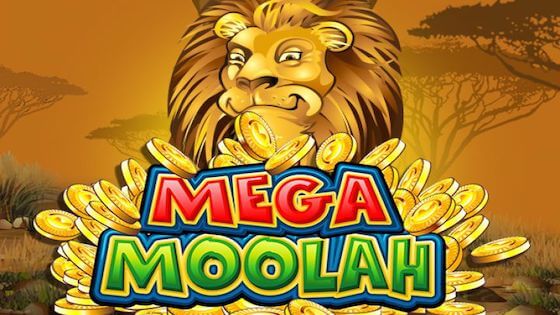 Pack up the bags because we are going wild, or rather, into the wilds with the Mega Moolah slot. A brainchild of Microgaming, the wheels of Mega Moolah has been spinning for over a decade now. The time that has served in its favour only, given that it became, and still is, one of the most popular slot games out there.

While the game is simple and looks good enough, it remains played till this day likely hinges on one aspect. The African savannah tour that it’s the Mega Moolah slot regularly pays a progressive jackpot. Progressive in the sense that all player contributes to it with each spin.

And, given that it’s played by hundreds of thousands on any given day, the pot keeps well-fed. Based on its potential pay-out, this is one African safari many looks forward. As a side note, ‘moolah’ means ‘money’ in the Fijian language, making the game’s name ultimately fitting given its jackpot possibilities.

Since it has been entertaining online video slots players for almost a decade and a half at this point, you’d find Mega Moolah stats rather basic. Featuring a return to player rate of only 88.12%. At first glance, it would appear to not worth all of the buzz surrounding it. And, at first glance, you’d be wrong.

Players of the Mega Moolah slot have all wanted to take home that progressive jackpot. Indeed, the whole legions of players that steadily play Mega Moolah since it first came out stayed for that very reason.

And why wouldn’t they? The mega jackpot routinely reaches past the 1 million coins. A staggering amount that most people only dream of its regularly offered by the Mega Moolah slot. It’s easy to see why just so many are, to this day, still spinning the reels on this African safari-themed video slot.

There’s no need to fly to Africa and get to the savannah. Though certainly, you could play Mega Moolah slot even from African Savannah, too by signing in into the following casino sites.

Mega Moolah is an African safari-theme slot, and there’s no safari without animals. The symbols are the iconic members of the African wildlife. Giraffe, elephant, bison, zebra, and antelope make up your higher value icons here.

The king of the jungle, the lion, is, rather suitably, the wild of the game. While a purple-faced monkey (yeah, that is a monkey) is the scatter. All of them spinning against a rather plainly-drawn African savannah backdrop.

While the icons meant to provide a kid friendly-like vibe, the eyes drawn for the animal makes them look a bit disturbing. Just take a look at the giraffe and wonder if it suffers from a condition. Likewise, the purple-faced monkey looks like anything but a proper monkey.

Its choice of soundtrack is, for the most part, a rather simple loop of jungle-like chants interloped with animal cries.

Music gets a bit more lively during the free spins but keeping up with the same style.

The game has 25 active paylines where you line up your icons for winnings. As with every other slot, the wild substitutes any icon. But it is the scatter where your attention should go to. Get three or more purple-faced monkeys on the board to trigger the Mega Moolah’s free spins.

The real headlining attraction of this safari, however, is the progressive jackpot. Divided into four different tires: Mini, Minor, Major, and Mega; each exponentially bigger than the last. The bonus round where you get a shot at winning the jackpot happens randomly.

In it, a paw-adorned roulette wheel appears featuring stripes of different colours for each tier of the jackpot. Ten red (Mini), six orange (Minor), three yellow (Major), and a single white stripe (Mega). Where the wheel will stop is entirely up to the random number generator of the game, and each spin guarantees a win.

Across the years, there have been five confirmed times exceedingly lucky individuals landed in the white. And, in doing so, they got a one million pay-out for themselves. A prospect that, to this very day, still drives players to the Mega Moolah slot.

Once triggered, Mega Moolah awards you with 15 free spins for you to have fun with. The spins are re-triggerable if you happen to land 3 or more monkeys during them as well. The size of the bet made during the spin that triggered acts as a baseline for your winnings, which will be a least 3x during the free spins.

Mega Moolah is a classic slot, through and through. It’s alluring with a huge pay-out opportunity. It is also so simple that to this day still works like a charm.

The game does show its age and the year it came out (2006 was a while ago, lads). But the jackpot, it’s the ridiculously high ultimate prize that keeps and will continue to keep people coming on board for this safari.